Reflection On An Apology

Sometimes an apology is not really an apology because it depends on how it is received, or is it? This talk is a reflection on an apology given that was not taken seriously at first. The apology was heard within the context of my mind. It’s like it when through a production plant to determine its seriousness and worthiness, and of course anything that is processed in the mind will never be free from judgment or be favourable, so it came out as a shocking surprise. After I sat with the shock of the apology for a while, which brought up some uncomfortableness in me, I was able to see how my prior knowing, my story of this individual made me interpret his apology the way I did. I felt bad, remorseful for feeling the way I did. I saw how I discounted and made his apology become irrelevant because of how I perceived him. That became a shocking reality pill for me to swallow. I am a conscious human being whose job is to understand others. This lesson opened my eyes once more to the unconscious states that operates behind the scenes of our existence and cause us to react in ways that we never plan to but comes up. This is another example of how Mind and Emotion Clearing can help us unlock these hidden programs running in the background of our psyche, making us do, act, react, and say things unwittingly as well as cloak us from being real and present. 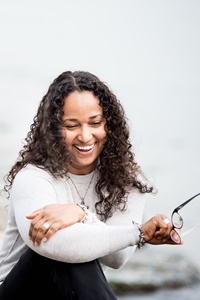 My life’s purpose is to understand and to be understood! I am addicted to and empowered by life!